My last post we were getting ready for Hurricane Sally.

Sally has come and gone and we did okay here other than much more rain than we needed.  This caused some flooding issues in many areas.

But then there was our daughter and her family that live in Pensacola Florida.

It was very frightening for them as the Hurricane caused all kinds of problems in their area.  Their power got knocked out very early.  This storm moved so slowly and dropped enormous amounts of rain and high winds.  More than two feet of rain was measured at the Naval Base in Pensacola.

There was much flooding in their area and their surrounding towns and over to their west.  There was a lot of wind and bumping going on all through the night.  My daughter kept texting me to pray I kept texting back that I was and the only thing I could think of to tell her was that it will not be as frightening when daylight comes.  Night time storms can be so scary and hurricanes in the night are just awful.

There was a lot of damage in their area and trees were down all over the place.  They were all basically trapped in the neighborhood because trees were down across their road and no one could get out. Most everyone seemed to be out of power.

They will need a new roof, a window may need to be replaced and the car that was not in the garage was wet inside and a bit battered.  But they are okay and all the neighbors helped each other.

The last four days Charles and I have been "adjusting" the house again.

We moved some furniture around and we pulled out my Granny's old 1875 "ish" steamer trunk so we put could a chair in the bedroom that the trunk was in. 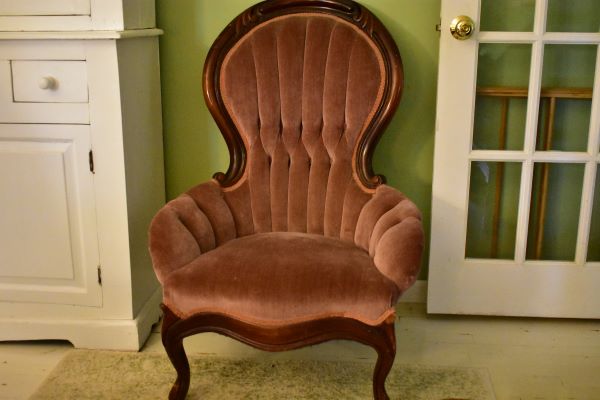 We moved one of our chairs to a new location and did the shifting of furniture to make life easier for cleaning. 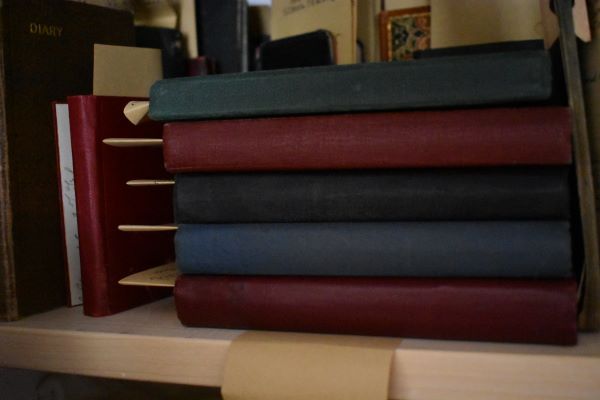 I have been organizing cabinets and drawers again.  Each time I try to thin out the items that are not necessary anymore.  But the old diaries have their own shelf now and are out of the box they were kept in.

I am currently reading a diary from the year 1938. I decided it would calm me during my concerns for our daughter and family.  Little did I know that in my diary I would be reading about the strongest hurricane to hit the New England area where the family of this diary came from.  I could not put the diary down as the lady writing the diary was describing the awful winds and damage to their home.

It was the year of 1938, the month of September and they were struck by a category 5 hurricane with 162 mph winds.  They lived in a time when this family had electricity, a telephone and running water.  But the electric lines back then were quite different than they are today.  Electric boxes were not as safe.

The winds ripped the wires from their box and they were out of power, water and telephone for quite some time.  I thought about the diaries I have and the times the families did not have Electric and telephone and water was drawn from a well or stream.  I realized while reading how quickly this family had come to rely on electricity and telephone.  It makes me even stronger in my beliefs that we should never forget the old way of doing things. 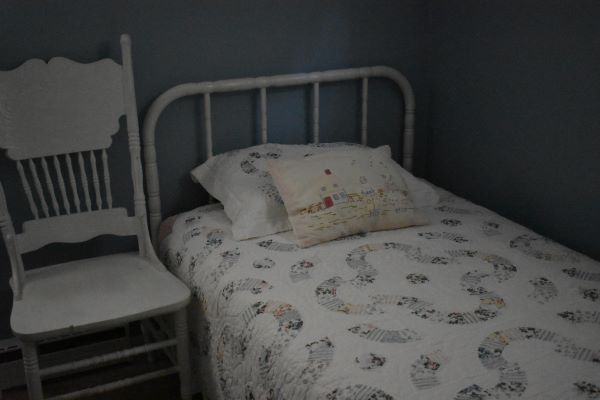 I have been struggling all through this covid virus pandemic with getting organized as my brain seems not as organized but I am happy to report that I finally have removed all the items that were stacked on this bed.  LOL  It feels so nice to finally sort through all that was here the last many months.

This week I am starting on my clothing.  The temperatures have "Finally" started dropping enough that I put a sweater on this morning.  I just do not do well in the hot summers anymore so I am happy to know that cooler weather will be on the way soon.  This mornings cool spell is only temporary but there will be more to come. 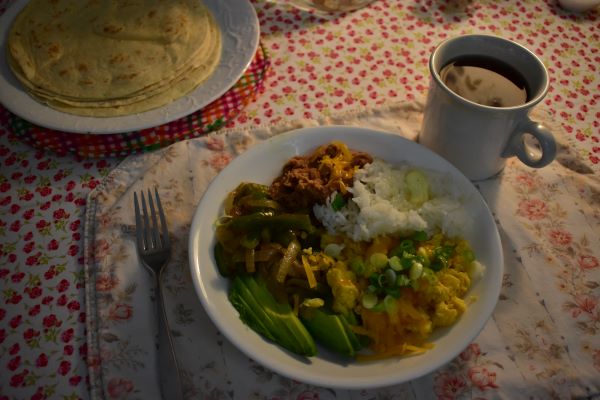 I did not have a post thought out for today but I wanted to let those of you that know that we live near the gulf coast that we are okay here and did not get any damage other than to lose three pecan tree limbs and this was because of all the rain and the fact that the limbs were heavy with pecans at this time.

I have not been on my computer very much at all the last week so I am a little behind on emails.

Since this is a short post I will leave you with two lovely video links below to watch at your leisure.  Grandma Donna

The First Day of March and Organizing

No one yet! Be the first and fill out the form to the left.
Sign up for email promotions.
no thanks
Thank you for signing up!
Close
Loading More Photos
Scroll To Top
Close | Clear All & Close
Close Window
Loading
Close