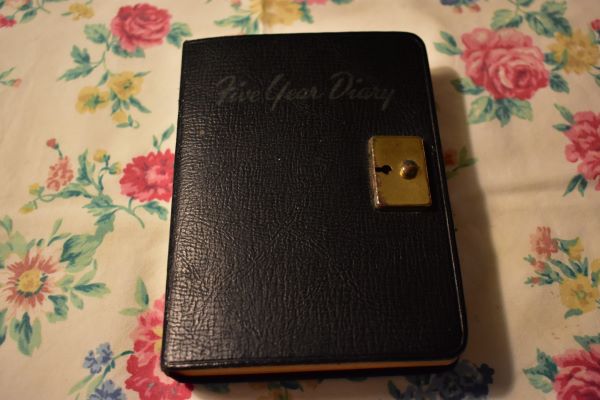 We continue our 1943 Diary Readings from two diaries, Lil and Bob and Lena and her son Richard.

To read starting January 1st look in the menu Living Like the Past and scroll down to January 1st 2022 and you will find the beginning of this years diary readings.

We are starting with Lil and Bob's Diary.

Sunday, October 24.  Cloudy but no rain  Bob up for the Chronicle.  Mowed all lawns - the Marshalls all here all P.M.

End of this weeks diary reading of Lil and Bob.  Now on to Lena's Diary. 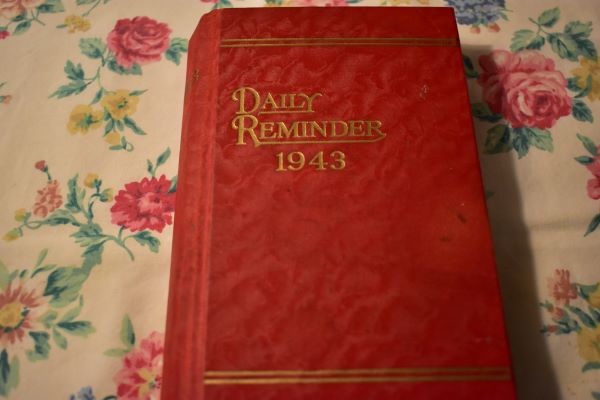 Continuing the diary of Lena and her son Richard.

Friday, October 22, 1943.  Did Richards washing and washed the little braided cotton rug in the bathroom then made molasses cookies put the in my cookie pan by spreading the dough over the bottom very thin.  First time I've made anything I believe since I got back.  Some day I'll make a pie of course I've made puddings.  went over street and did quite a bit of shopping.  Had a card from Mrs. Denison she is going to Morton's and wonder if Ill se her before she goes back.  Hope so.

Saturday, October 23.  This is a little warmer but is chilly and damp  I took for my job today washing up the kitchen linoleum on my knees and waxing where it was the worse in wear.   Baked Beans, some seed beans I had left and a few other ones with them.  They were alright and I enjoyed them for my supper.  Went down to Public Market and got Round steak and a little liner for the eat and over to the a. & P.  and got 3 big grapefruit 24 cents.

Monday, October 25. Still felt tired but got up and did the washing and later Pearl appeared and we went over street no cheese to be seen. I do hope they will have some soon as Id like to send some to Geneva and Richard misses it so much.  Must try and get some if possible.

Tuesday, October 26.  Sprinkled the clothes then went out to find something for dinner.  Went to Public Market and got a lb. of liver & 1/2 pkg of dried beef.  Got a 1/2 lb of the plain Canadian cheese pkg and a cabbage  I plan to chop and eat as salad.  Also 3 more grape fruit .24 cents.

Wednesday, October 27.  This has been a dark stormy day but sewed a little and Pearl came before I had washed the dishes but Id been reading the paper etc.  She seemed tired just the way I felt and guess it was the day it was dark all the a.m.

Thursday, October 28.  Went out Twice today.  This morning went over to W. Leb and got some fish after making coffee ice-cream then after dinner went p to the high school and got # 4 ration books and went up to the a & P and got a 2 lb box of velveteen cheese got home 3.15 and washed the dishes.  Pearl came in and I didn't do much else.  Made an appointment with Edna Pope for Next Monday at 8 a.m. so will need to get  up early.

End of this weeks diary reading, see you back next week.  Grandma Donna

No one yet! Be the first and fill out the form to the left.
Sign up for email promotions.
no thanks
Thank you for signing up!
Close
Loading More Photos
Scroll To Top
Close | Clear All & Close
Close Window
Loading
Close