Ration Stamps and good through dates 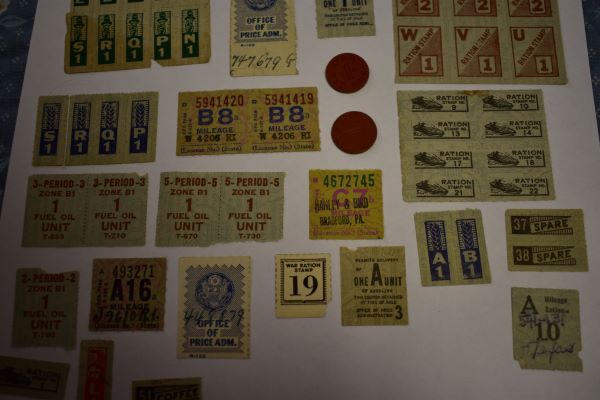 I had a bag of loose ration stamps and I decided to paste them to paper so we could study them better. 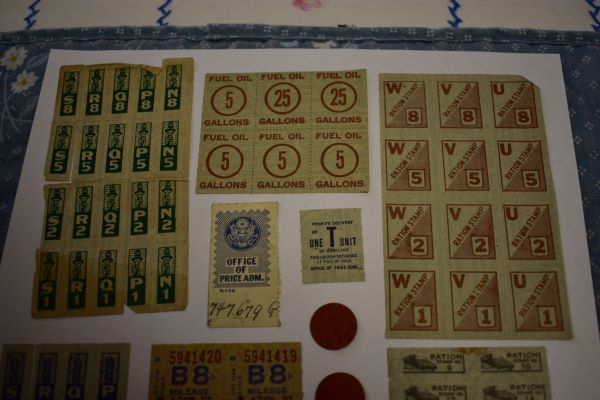 It was quite interesting how they came up with a rationing system that worked. It had a bumpy start but then it all started making sense. 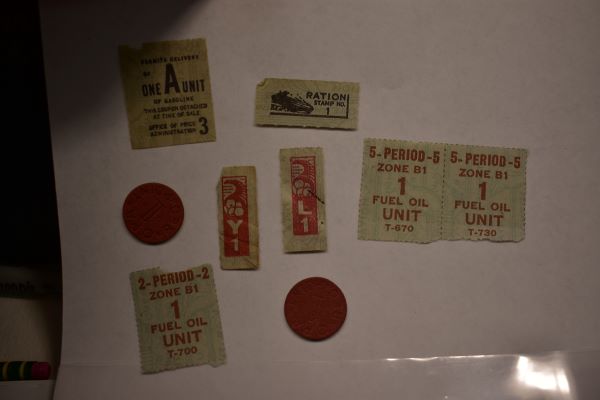 The round tokens were used to make change. They were worth one point. 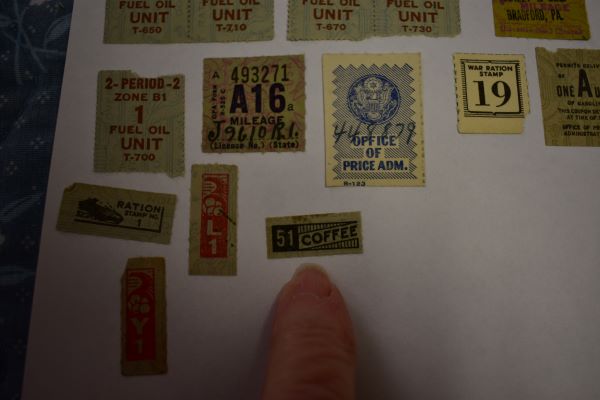 These are all real stamps in all photos shown above that we have collected over the years. 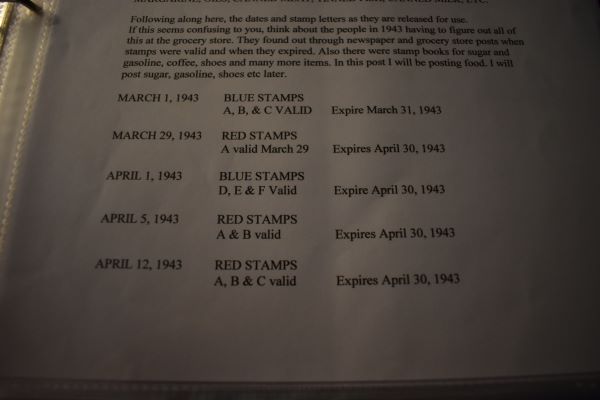 When we did the ww2 history in 2015 I typed up the release and expire dates.  So right now with our study (January) we are rationing gasoline, sugar, fuel oil and such as that. 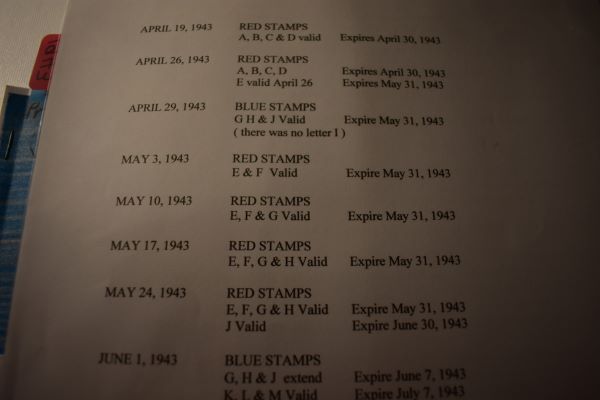 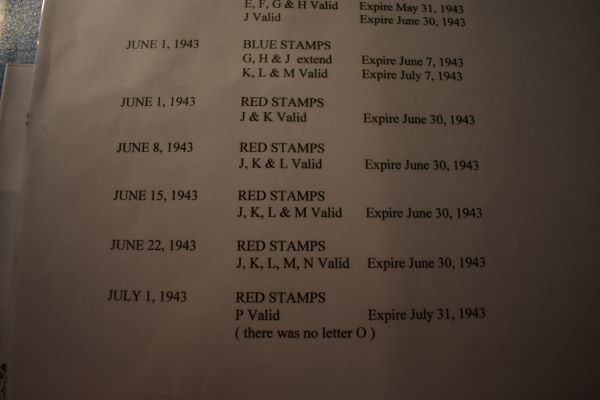 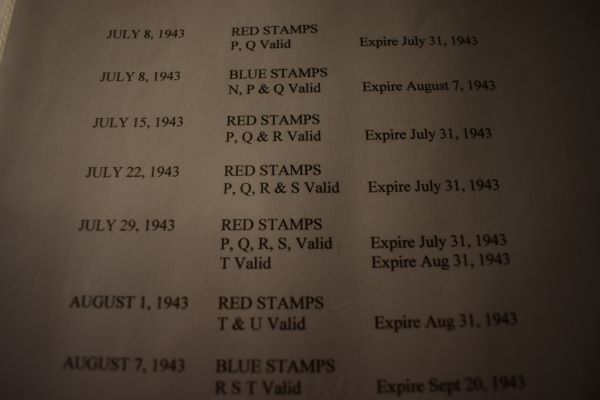 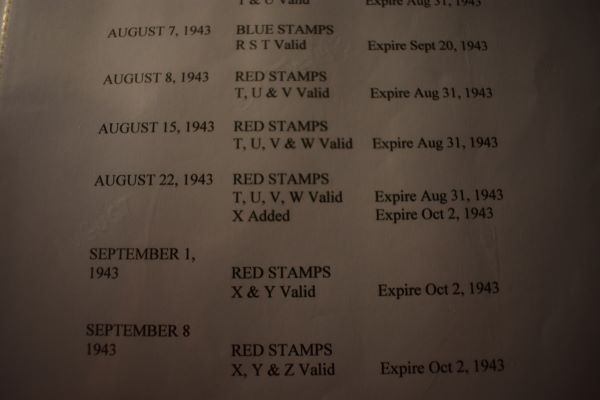 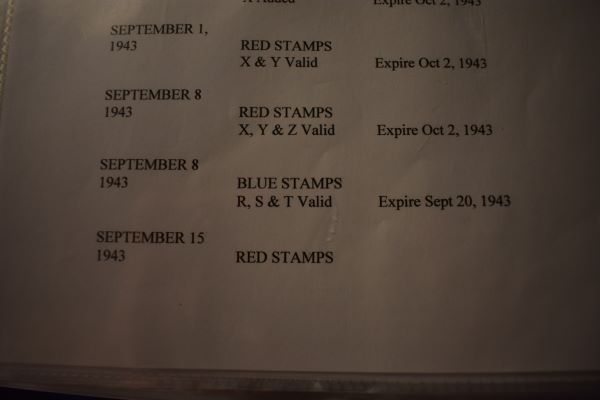 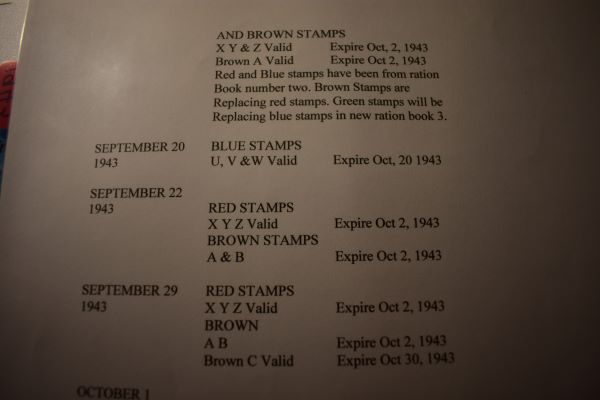 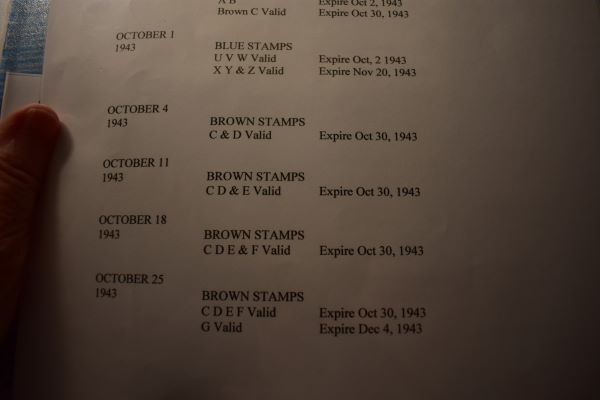 There is quite a bit to learn if you go back to my 2015 blog posts because we were studying 1943 at that time.  That year, we did not start the study until July because there was so much to study that year and it was new to use too.  Now we understand many of the things that we did not understand then.

I will close here, I wanted to get these dates out for reference for those of you that are doing this study with us and just learning the rationing.

Much more to come.... Grandma Donna

Finding Calm Through Researching the Past Part One