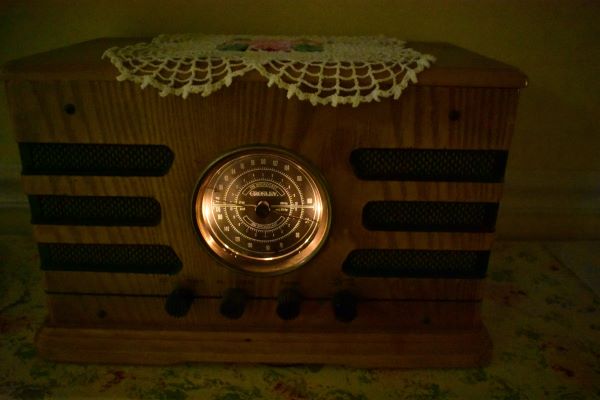 Hello everyone,  Charles and I want to wish you all a Happy New Year!

Here we are about to jump out of 2021 and jump into 1943.  This is New Years Eve evening at our house and we will hold each others hands and jump together to make sure we don't fall.

If you don't know we are starting a History project living like 1943.  Yes we have been here before but now we know much more about it and are excited to begin and share what we have learned and we hope many of you will join us.

If you do not want to do the study, there is much to learn just reading along and I hope you will enjoy the way we are going to do this. 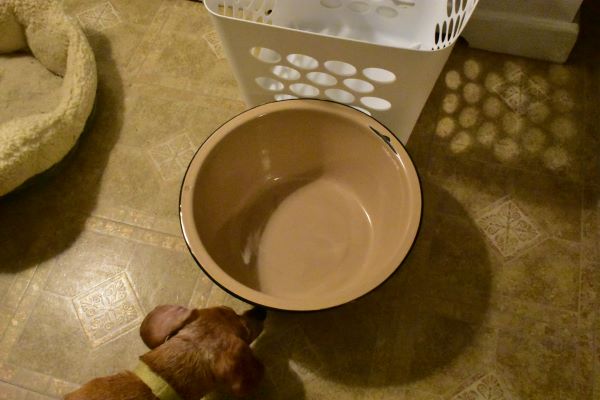 We have been making changes, we are changing back to enamelware, metal and tin and things like that and no more plastic.  We are setting up our living room with a mending area and reading and radio for Charles. 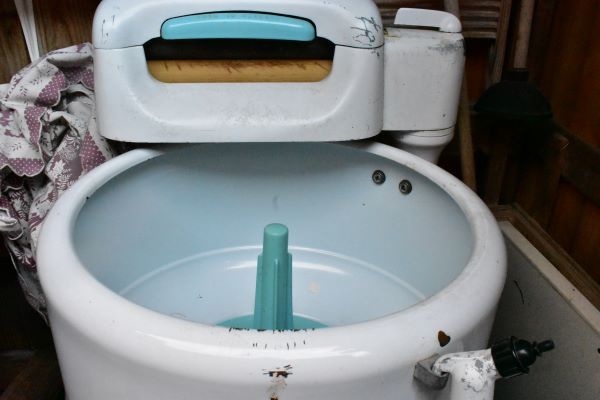 We are pulling out old Ora Lynn to help us with the washing.

We finally came up with our home situation of where we live and how we live because this is a very important part of this study.  We wanted to live rural with a hand pump for water and no electricity like many of our family lived but at our age that would be very difficult to do.

So our setting is that here in 1943 we are an older couple (as we really are) living in a small town of Dothan Alabama.  We are very frugal because we have been through, world war 1, a very bad flu pandemic, a great depression and now another world war.  We do not have a telephone because most of our real family during this time did not have a telephone and there was no television at this time, at least where we live because you have to have a broadcast station. People listened to the radio broadcasts.  We have one automobile.

Even though the United States had been providing supplies and aid to our Allies we did not enter the war until December 1941.  We were bombed at Pearl Harbor on Sunday December 7th 1941.  The next day President Roosevelt asked congress to declare war on Japan and the rest is history and in real life my father was sent to Pearl Harbor after the bombing.

Our purpose for this study is to learn what we can about the home front during 1943 and share with you hopefully in a interesting way. 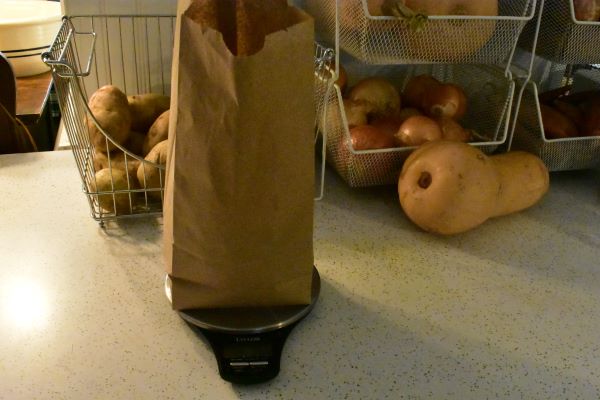 We have been using this scale for several years now, it is a small digital scale so we no longer will be using this.  We will be rationing and weight and math are very important.

I checked to see what kind of scale was around during this time and this is what I found. 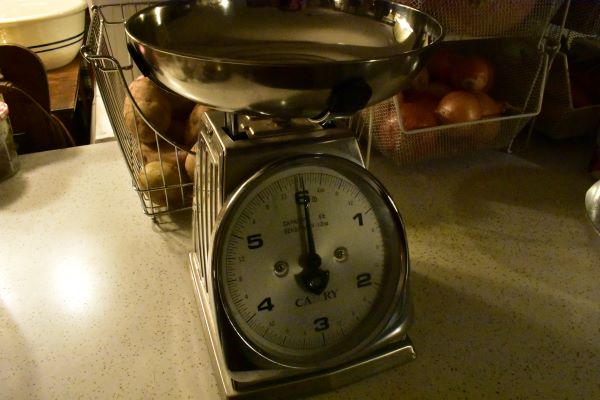 We just happened to have this one in the top of our pantry closet.  So it is close enough and now back in use. 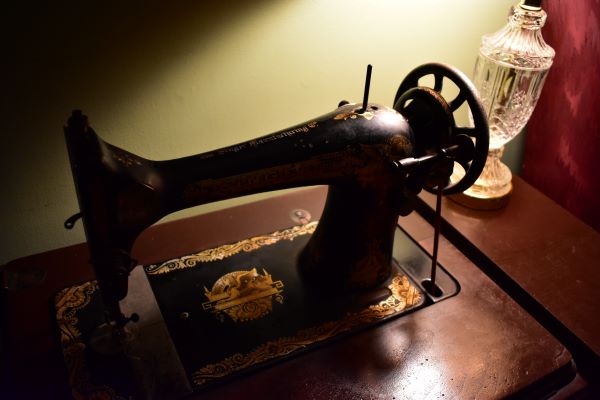 Old Clara will be a big part of this year.  Clara belonged to a real Clara and in 1923.

So now I will type out some important information for those of you that want to do this study whenever you happen upon this post.  This is an excellent study for the whole family.

I have posts before this one to show how to make ration books and stamps.

1943.....We have been asked by the government to help with the war by conserving many things.  We have been rationing Sugar and Coffee and the beginning of rationing was very messy trying to get everyone to register, there were constant changes for ration cards and forms and there has been much anger and grumbling about rationing of gasoline and fuel oil and to top that off there is a banana shortage.

We are asked to grow food and they were named Victory Gardens.

Rubber is needed badly to fight the war and our tires must be inspected on schedule or we will not be allowed to receive our coupon book to purchase gasoline which is also rationed.

This has been a very hectic time because many people do not understand the rationing system but at this time that we are entering this year of 1943 we are noticing that there seems to be some improvement and a bit more organized.

We are getting instructions from radio, newspapers and different offices that we go to, to fill out applications that we must fill out to get our stamps.  Stamps plus money to purchase rationed goods.  The government is tightening down on those that do not comply.

Here are our ration date updates and yours if you are doing the study. Also remember each family member gets a ration book and stamps.  Children under 15 cannot use a coffee stamp and it cannot be used by another family member. It is void.

On January 3rd is the last day for using coupon # 27 in war ration book one for purchase of coffee.  Coupon # 28 becomes valid on January 4. It will be good for one pound of coffee, and valid until February 7.

January 5 is the last day in which institutional and industrial sugar users may register at ration boards for January and February allotments.  January 31, coupon # 10 in war ration book one is good for 3 pounds of sugar through this date.

January 21 last day for using  gasoline # 3 coupon in "A" book.  # 4 coupon become valid January 22.  January 31 last day for temporary "T" coupon to be issued directly by ration board. Beginning Feb 1, "T" rations will be issued on the basis of ODT certificates of war necessity.  All motorist must have tires inspected by this date.

January 1 #3 coupons valid all month and the first part of February, dates varying among 4 zones. Coupon #2 remains valid until January 23, exact dates depending on zones.

December 31 last day on which holders of typewriter certificates could purchase machines.

January 15 last day for obtaining this book.  Book #1 originally issued for sugar but now good for coffee, will be used in obtaining subsequent books. 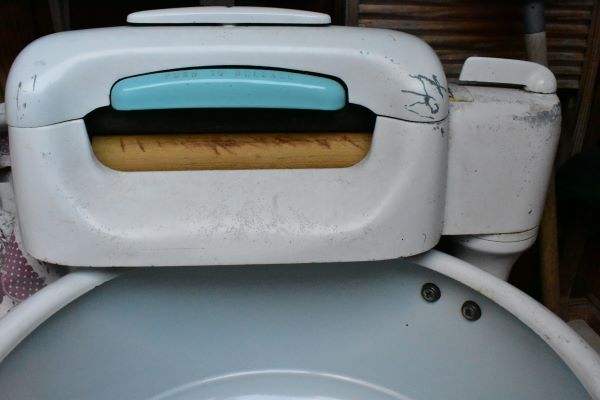 Charles will be working on our wringer washer.  The washer motor works great but the roller needs some work but can be fixed.

Rationing is just part of this years study and we will learn this rationing as we go.  Charles and I have put some coffee in a canister and some sugar in another canister, the amount we feel we would have had after going through the holidays.

On November 1, 1942 our ration stamp # 9 for sugar became valid and the value was for 3 pounds of sugar and remain valid until December 15.  We would have gone through Thanksgiving holiday then sugar stamp # 10 became valid for purchase of 3 pounds of sugar on December 16 and was good until January 31, 1943.  We would have had to be careful with Christmas desserts because that sugar has to last us until the end of January.

For Charles and I these rations are not bad because we do not eat a lot of sugar and limit coffee.  Charles does enjoy his morning coffee but then that is about it for the day.  I remember the past  the aroma of coffee in the home not being just in the morning and fresh baked pie and cake and often a dessert with coffee after dinner.  So our families during 1940s this may have been troublesome.

But then there is more rationing to come, meat, butter, oil, cheese, canned goods and more. I will release the dates ahead of time for those that are doing the study.  Remember that you can read the old newspapers through microfilms at your public libraries if they have research rooms or go to  newspapers.com and you can join for a small monthly fee and they have a wonderful collection of newspapers to research.

We will need to figure out how we are going to do the blackout drills.  Hummm. Be thinking....

Charles and I are working on what our income would have been and we are typing up food prices for each food item because we have researched all of this and I will share.  We are going to do a side by side comparison of what our grocery bill was for 1943 and 2022.

I will close here, more to come.

Rationing Information for the study