Many years ago my husband and I started reverting back to a more simple way of life. To us our world seemed to have reached a tipping point and we decided to go back to basics and set our home back to a time in which we feel the most comfortable.

We simply want to live a life that makes more sense.

We started removing our more modern things that were cheaply made and pulled out older items that had been stored and some of the things we felt we did need but had already been discarded, we searched thrift shops to find.

I had this romantic notion that if I did things the old way our life would somehow change and our home would be more organized and romantic. I would start with a homemade household management book and so I did.

I started doing things the old way. I had an advantage because this is how I did them in the first place. I was surprised at how many things I had to relearn and I discovered how lazy I had become relying on modern appliances to do the work for me. I had sore muscles and I figured that was a good thing.

Little by little everything was coming back and my husband and I were both excited about our new old way of life.

I was back to packing lunches which was a very good thing because it was more healthy to eat something made from home.

We both love the old way and since my husband is quite a history buff and a friend had brought up an idea to try rationing as they did in ww2, we decided to jump in and go a full year living as they did in 1943.

It took months of going to the public library and looking into the microfilms, reading books and talked to those older than us that still had their memory of that time.  We had to practice for a month before we started.

We knew this was much more that just rationing food, our life was going to change a lot.  My husband packed up our televisions, we started removing things from our house.

After seven months of rationing food, gasoline, clothing and living as it would have been in 1943 we decided to stop the study.  We had simulated all we could because there was no way of knowing what was actually on the shelves at the grocery store because there were so many shortages.

We decided to move forward to 1948 because then the war was over and it was becoming an era more familiar.

It is not that we are living in the past of 1948, it is similar to 1948 and a reference point for an old fashioned life as was lived during that time.  The better parts of that era.

We live between two roads, a 4 lane in front of our house and a two lane behind our house.  Power lines in front and power lines in back. This is not the most desirable place to live.  I have dreamed of living in the country or anywhere but here but then I had the idea, how do we make the best of what we have?

We started changing the outside and made paths and plots to grow vegetables.

We started growing as many things we could in our backyard.

Then we fenced in a small victory garden and started growing vegetables and herbs as well as fruit in this small plot. 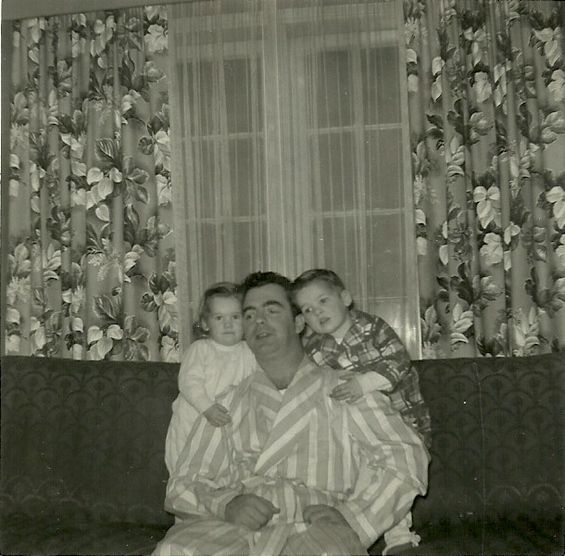 We just live as we did a long time ago when things made sense.

We did away with cable and many things we did not need. We still have internet so I can do this blog and my husband can download what he needs to for his work. We left one television but it is placed where it is neatly covered and we use it for a Friday night movie night using dvd's.  We did this because people did go to the movies in the 1940's.

We already had this mower and the great thing is it works without gasoline.

Is this all just a romantic notion?  Not for me, this has become a very nice life and a very quaint old house.  My husband loves our home more than ever. It feels completely right.

We have condensed down considerably and are still working toward even more simple but still having a little whimsical and shabby chic look.  When I look back at all the modern day junk we had I just cannot believe we spent so foolishly because we were following others and keeping up with the modern way.

Without all the electronics we have become more aware of nature. Even though we live between these two roads we have made a nice refuge for wildlife.

I guess it comes down to what feels right.  How many times have we purchased something only to get it home feeling we have settled for less quality?  Too often and now I am more particular.

If we remove the junk from our life we open up room for the better things. We add time to do things we enjoy doing.

Maybe we should call this an old fashioned, whimsical, shabby chic, interesting, happy life.  If you start doing today what it is you vision for yourself it will be the first day of your new better life. If you don't start today because it is just too overwhelming then the same amount of time will pass and you are either still stuck or you will have progressed towards what you really want.