Home life, Our Generations Before Us 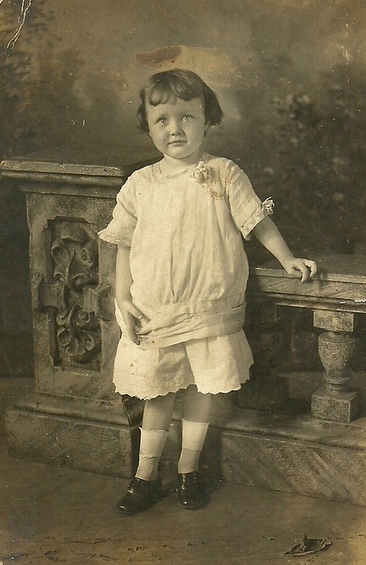 Charles and I have started a new study.  We are moving further back in time.  We are changing things up a bit and instead of studying one year we will be doing a study of 1900 to 1939.

Our brains are a bit exhausted right now because it has been a lot of research getting ready for this year.

Our past 4 years have been studying the home front during world war 2.  This time we are going to nestle down in 1932 but we will start in 1900 looking back to how our Generations before us lived.  We had to go further back because to be adults in 1932 we needed to understand what their life would have been like leading up to 1932.

Charles and I have made many discoveries and found many surprises that changed how we thought about the past.

We will follow their paths as best we can to see what life looked like during this time from 1900 to 1939.

I had a lot of confusion with what we read about the towns and cities in the early days.  I read about the modern buildings and electricity that came from coal and dams. Early electricity.  It sounded modern until I dug through some old photos Charles and I have and here was a picture of our City of Dothan in 1905.

Wagons that rattled along the streets, some filled with cotton as the gins were busy stripping the seed.  For the time it was a busy thriving town.

After all my reading it came to me that the railroad was the lifeline to this small growing town.

Above fire wagon on one of our streets here in Dothan.

It did not take long until there were brick and cement streets.

What I really wanted to know is what did they do at home and how they cooked and washed dishes? Where did they go to the bathroom and how did they live without all the modern things of today?  The more I read the more I was confused because the way people lived was all about where they lived.  Did they live rural, on a farm?  Did they live in town or further north in the United States in larger cities?

Most of our families farmed but there were a few that did live in cities. We find my Great Grandfather as an engineer at a saw mill in Tennessee beginning our study of 1900.  They had 4 children 4 of their soon to be 9 children.

In my mind I always thought that the further back in time people must have had it really bad.  I remember my Grandparents house in Mississippi during the 1950s and it was an old wood house, a tall wood house with an outhouse. I couldn't imagine how things were further back in time but I did not take into consideration the events that took place up until that time.

All I could say was wow!  Oh my!  I just can't imagine what 1935 was like.   Now I understand the horror stories of the struggles of the great depression.

Now of course some made more and some made less, this was the average.

It was difficult for the economy and even though there were actually more jobs during ww2 there was less supply of goods and rationing.

So our families that lived from the 1900s into their older years had been through a lot of financial turmoil and hardships.   No wonder they were so strong.

So how was I going to figure out what the inside of a home looked like and how they lived during 1900 and 1939?  I went to the old journal.

Pictures inside of home during these years are hard to come by because there was no flash with the cameras like we have today.  Most photos were taken outside. There was a flash for family photos but a large flash thing they used.

Charles and I spent some money and purchased very old 1925 and 1932 Montgomery Ward catalogs and we were gifted a wonderful 1944 Spiegel catalog thanks to my friend Daisy.  Back in those days these Catalogs were very important as many people ordered goods. We also have a 1915 Grocery catalog which is very interesting.  During the times we are studying people also had goods delivered such as ice and groceries. First by wagon then by truck, a very non modern truck that bounced around on dirt roads depending where you lived.  Also depending on where you lived and what year in our study is in a local food store would have been a mercantile, a market, a general store or a grocery store.

We went to the newspaper archives and old books to find what it looked like in the USA.

I will be sharing and showing you what we found. We could not afford the 1900 or 1916 catalogs so I researched and found a website you can see the Montgomery Ward Catalog of 1916 page by page.  This can be your homework if you wish to see it.  There is a place on the lower right side where you can change to a single page or double page and enlarge to read the print and see the pictures up close.  About half way through the catalog the housewares will come in.  This will give you a sense of what was available during the early 1916. A warning, these catalogs are huge!  Ours are anywhere from 100 pages to 700 pages so that is a lot of looking. I did not notice how many the 1916 is but it is big.

I am working out the home so we can do our year study.  We are making changes in how we do things.  We know we have to live very simple.

I will be sharing many old recipes I have found and it looks like laundry will be the old way this year again.

Charles bought me a depression glass cookie jar and said it was mine if I filled it with cookies. :) Now I am telling him it all depends on the budget. :)

It should be an interesting year with a very tight budget, doing things the old way and finding easy on the budget meals.

I will close with this and now you will know what we will be doing.

I will be back as soon as I get my thoughts together again.  If you have questions send an email, please keep the questions simple if you will so I can give simple answers.  I am just a simple Grandma. :)

If you want to send a letter the old way send it to: