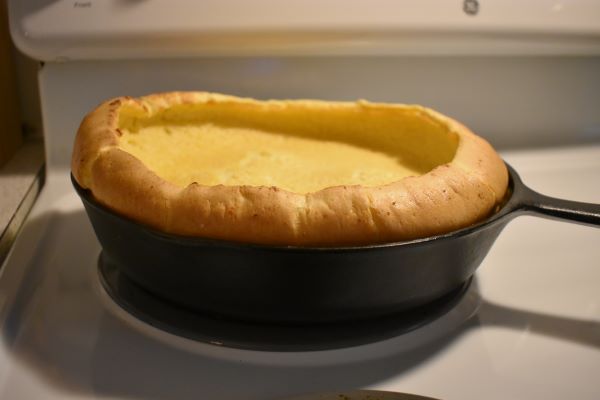 For any first time visitors, my husband Charles, and I are doing a history study and we are living like the year 1943.  world war two is raging and we are at the early stage of rationing.

Charles and I are trying to simulate how it was in the home by many means of researching old newspaper microfilms and real diaries that we have here at our home.

I pick up on the end of last weeks news into this week and touch on some headlines.  Then I will post Lil's diary posts for the week.

This week we learned more about a butter shortage and now Point Rationing Expected to take in Butter and Cheese.

Washington January 24, 1943 Butter and cheese probably will be rationed next spring, it was indicated Saturday at the Office of Price Administration.  An informed official disclosed that cheese, although a dairy product, may be rationed along with meat because of its adaptability as a meat substitute.  Butter for civilians is so scarce now that it cannot be rationed at present, explained the official, who could not be quoted  by name.  But when production increases in the spring to the point where retailers can honor ration coupons for it, the rationing can be undertaken.   Meanwhile housewives will have to get it as best they can.

While emphasizing that alteration of plans is the rule rather than the exception  in getting big ration programs under way, officials offered these as their best present guesses on other rationing problems for the early part of this year.

1. OPA now is shooting at March 1 for the start of point rationing for canned, dried and frozen fruits and vegetables and canned baby foods.  Earlier hopes of getting it underway by the third week in February have been abandoned because of mechanical problems in getting forms printed and distributed.

2. Meat (and cheese) rationing should be brought along perhaps a month or so later, OPA now thinks, to give time to see how the point system works for canned goods.  Innumerable problems in meat rationing remain to be ironed out.

3. Rationing of canned milk, jams, jellies, fruit butter and relishes - if OPA uses its authority to ration these items- probably will not start until some time after meat rationing.  Under study is a plan to ration butter on a point basis, along with other fats and oils, including oleo, margarine, salad oil, peanut oil and shortening.

Under this system, one ration point, for example, would be good for a small quantity of butter, a larger quantity of margarine or still larger quantities of other edible fats or oils.  By making the other products "cheaper"  Than butter in terms of ration points which the householder has to spend, it is believed that increased use of the more plentiful fats could be encouraged.

January 25 1943 - All Available Land Should Be Used To Grow Foods, Fruits.   Auburn, Ala.  It has been announced that approximately one half of the estimated 1943 commercial packs of fruits and fruit juices has been reserved for the Government.  The same is true of a great many foods.

This means that if Alabama farm families are to have an adequate supply of fruits and foods for health's sake and for economy's sake, every farm homemaker will have to be responsible for the home - production-and-conservation of more foods and more fruits and fruit juices than every before.  It also means that every field, garden, orchard, and odd spot of land should be made to grow food.

Some of the crops which may be used for planting in odd spaces around the place, and which will return much valuable food for the effort expended, are dewberries, blackberries, and strawberries, advised extension horticulturist.  A few plants of the young dewberry and such blackberries as the Mersereau and Eldorado, with a well=kept bed or row of strawberries will add very materially to the home table in April, May and June.

The dewberries and blackberries can be planted any time during the dormant season, and should be in the ground well before the time for growth to begin in the spring.  They are treated more like fruit trees in this respect, but strawberries should not be set in Central and North Alabama until as late as March.  They will not produce a crop of fruit if set earlier, and , being shallow rooted plants, are in danger of being pulled out of the ground by late freezes.  Nothing is to be gained by setting the plants before danger of hard freezes is over.  In all cases, says Mr. Brown, prepare the ground well.  Set the dewberry brambles in rows, so they will be 6 by 6 feet apart, and the strawberries in 3 1/2 foot rows and 2 to 3 feet apart in the row.

January 26 1943 - A course in radio repair work will begin within the next two weeks for girls, sixteen years old or older, who are high school graduates or who have the equivalent training, officials of the United States Employment Service local office announced today.

Upon completion of this course, graduates will be placed immediately at Brookley Field, Mobile.  Salaries range from $90 to $135.  Classes will be held five nights a week for three months from 7:30 to 11:30 o'clock.  J.E. Warren, who has a civil service radio rating, will be the instructor.  Enrollment for this course will be taken at the local U.S. Employment Service office.

Apparently the only answer which Washington can give on relief for the increasing shortages in foodstuffs, fuels and practically every other "Necessity" of daily life is rationing and still more rationing.  Easing up on the restrictions wouldn't help - it would merely make the shortages more acute and the shortages are growing worse.

It is noteworthy however, that most of the grief is now being experienced with commodities which are not yet under rationing control, or which are just beginning to be rationed.  Sugar rationing as now settled down to a routine which no one worries about.  the coffee situation was rather hectic in the rush before rationing took effect, but that storm is subsiding.  There may be a clearing storm when consumers are forced to declare their stocks of coffee hoarded on Nov. 27 but it will pass.

Currently the worst headaches are fuel oil and gasoline rationing on a national basis.  Gas rationing in the east was so well established that when a military diversion was ordered on petroleum products from this area, the shutdown for civilians on A.B and C rations for several days was almost without incident.  But if the country gets through the winter without rioting over shortages of some of these commodities which will be rationed later, it will be the luckiest brink in the war.

Staples Lacking - Anyone who goes to market can tell what these shortages are.  Meats, canned goods, some dried fruits, butter, other fats and oils, other dairy products.  Later it may be towels, sheets and pillowcases.  Still later, clothing.  To people who don't stop to think, encountering these shortages may be an indication that the country's entire national economy has broken down.

There will be critical shortages in all these commodities until the machinery for government rationing can be worked out and put in effect on a national basis.  Rationing is simply and equal distribution of a scarce item.

Board Not Endorsing Retread Dealers

Five cans of food will not be hoarding. - Washington - A total of five cans of foodstuffs will be the maximum each person may possess without penalty when rationing of canned goods begins in three or four weeks.  This limit was announced by the Office of Price Administration yesterday although earlier, some of the agency's officials had expected that maximum might be between eight and 10 cans.    Individuals having more than five cans apiece when the rationing books are issued will be penalized by the loss of an 8-point stamp for each excess can, OPA said.  Home canned goods, canned baby foods and cans containing less than eight ounces each will not be counted.

I will not post ration dates this week because nothing has changed.

Now on to Lil's diary.

Monday Jan 25 - Light rain all day.  Bob home late 3 P.M. Over to see Ruth in forenooon.  she is standing it fine.

This concludes this weeks reading of the diary, we will continue next week.

The top picture on this blog post of what is on the stove will be one of the topics of next weeks post.

Our Fourth Week into 1943 Homefront Study