Why do so many marriages fail?

What is true love?  It is being with your best friend, that person that you never run out of things to talk about. It is being with someone that actually hears what you say and engages in conversation and you in return hear what they say.

It is being with someone that you love more every day and they feel the very same way, neither would ever physically harm the other and if you did have a disagreement you work things out by the end of the day.

Years ago while I was at work (in the medical field) I looked out the window into the parking lot and I saw an older man get out of his van, get out a wheelchair and set it on the passenger side of the car.  He then opened the door and the look on his face could have written a book.  He very gently removed the seat belt and ever so carefully worked his arms around this person and lifted this woman out of the seat.

He looked in her eyes and then gently kissed her on the forehead pausing his lips there. He smiled at her and then as if he was carrying the most precious thing he every had in his life he gently placed her in the wheelchair.  I mumbled out loud, this is love.

It is hard to see love these days.  Modesty has almost disappeared and so relationships start with very little respect.

If we have to dress inappropriate for a man to love us, then that is not love. Let me tell you if you did use that method to attract a man, there is only a short window where you can get by with that because our bodies do not remain youthful for very long at all.  If the marriage was based on seductive dress your going to be in trouble and when that does not work anymore he will probably move on to someone younger. You will wish you had used the old long term method that its better to leave something to the imagination. It works very well.

Propriety - The polite and correct way of behaving.

Modesty - The quality of being modest; humble or proper behavior.

When we leave our house we should be properly dressed to where we would never embarrass our children, our spouse or our parents. Dressing improper attracts the wrong kind of people.

I have a question for you  to ponder on.  Many people love the old styles from the past.  Styles of the 1940s and styles before that yet why do we not wear that style if we so love these styles?  Have you noticed how the styles keep changing and at a very quick pace.  You just get used to one style and we are suddenly out of style again.  This is done on purpose, it started long ago by big business.  Make people think it is wrong to be stuck in an outdated style. This keeps us purchasing.

Women want to feel pretty and men want to feel attractive too. Unfortunately some men think they need to have abs to attract a woman.  There are very few long term marriages where you see the husband with abs of steel and the women wearing thongs.  Let me tell you, this would be a very rare thing unless you do repeated plastic surgery and liposuction and I am sure vanity would get in the way true love.  True love means accepting each other just as we are.

When you totally love someone you never want to be apart. This feeling can last a lifetime.

I love my husband and we are on a life journey, both growing and changing.  I enjoy watching him create things in his small work shop or when he is repairing something broken I secretly admire a muscle in his arm that twitches knowing he is stronger than me making me feel safe.  I enjoy it when he comes home and says ummm, it sure smells good in here as I am in the kitchen preparing a meal.  Or loving him so much when he cooks a meal saying, "I want to cook," knowing he is just helping me out.  We love each other. 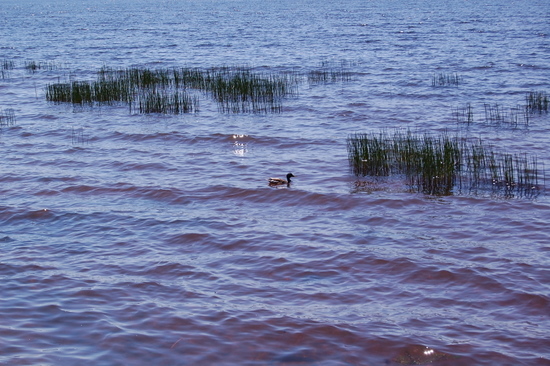 I know that one of us will leave our earthly tent before the other and which ever one of us is left behind will grieve terribly there is no doubt. I console myself with this thought that we will somehow once again be together and I will use what I learned from my spouse to carry me through and he will most likely do the same because we both have told each other "your always teaching me something new." That is because we both watch and listen to each other, we work along side each other. We both have strengths and weaknesses.

As far as a lasting marriage.  My grandparents were married for 71 years and only death stopped the count of years married.  I can tell you that marriage began when they eloped on a mule because they could not stand another minute apart and remained with the same feelings their entire life.  They were meant to be together, they worked hard together, went through very difficult times, the great depression, the loss of a child.

My Grandparents were quiet people.  Never boisterous or loud, never did things to attract attention.  When they spoke you stopped what you were doing to listen. When my Grandfathers health started declining my Grandmother lovingly cared for him.  She too was old while caring for my Grandfather and she lovingly did the best she could do, they both lived to their 90's.

I never knew of my Grandparents veering off of their simple lifestyle, tending a small garden, having the same breakfast every morning.

Unlike what we see in public today, whatever intimacy my grandparents had was between them. I knew they had something special because the way they were gentle with each other and the respect for each other.

They lived during a time when there were less distractions as we have today. They worked hard, did things the way we would consider today the old way. They were never rich with money but rich with love.  They would never give up on the other and I believe they were best friends their entire life.

My Grandmother was married 71 years all the while remaining a very modest, proper and devoutly religious.  Maybe that is the secret to a lasting marriage.

Water and Food are Priority